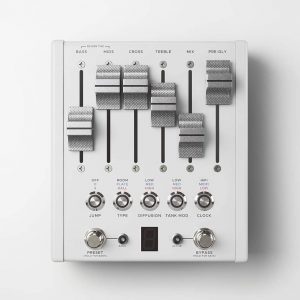 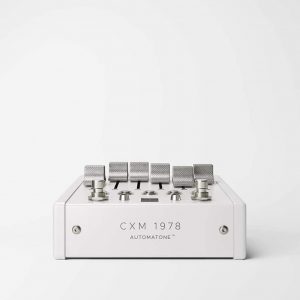 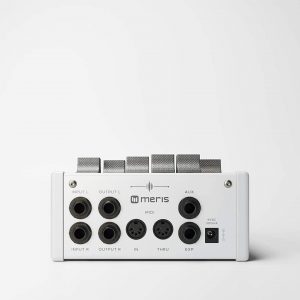 Meris has recently joined forces over the past year with Quality Pedal maker Chase Bliss Audio to build a reverb pedal based on the most sort after Studio Reverb the Lexicon 224. Meris co-founder Angelo Mazzocco recently announced at NAMM 2020 that the two pedal brands had been over the previous few years trying to come up with a suitable project to combine their forces on. When Chase Bliss Audio announced the released the Preamp MKII Automatone at last years NAMM it sparked the two manufacturers to come up with a reverb unit housed in the same Automatone case. The result is the CXM 1978. Chase Bliss Audio built the case while Meris provided the sound design.

Little is yet known of the CMX 1978 with only a prototype being shown at this years 2020 NAMM. We don't yet know if it will be released under the Meris Brand or Chase Bliss Audio. We can only speculate that it will be a Meris Released product as the branding on the prototype is solely Meris at this point.

Based on the pedigree of these two exciting Brands we are sure that CXM 1978 is going to be epic.

Stay Tuned for more information as we get it. In the meantime check out this killer video of the CMX1978 in use at NAMM 2020.

Paul Newcomb administrator
Prev postNext post
As someone who has been to many loud concerts and spent many hours in front of studio monitors
Read More 0
There are many Tremolo's on the market but Anasounds never do anything that is normal or boring. Anasounds
Read More 0
Who and what is EVO? EVO is a new High Tech Audio brand formed as a division of the
Read More 0
Given Warm Audio primarily focus on studio gear it may seem that DI boxes are an unusual product
Read More 0
As you know Warm Audio makes high-quality reproductions of classic outboard recording gear - compressors, EQ, preamps and
Read More 0
Soyuz Microphones have just released the eagerly anticipated Launcher. After years of experimenting and fine-tuning, The Launcher has arrived!⁣⁣ What
Read More 0
Exciting news last week as our friends, Finnish Studio Monitor manufacturer, Genelec announced the release of 3 new products
Read More 0
Who and What is Anasounds? Anasounds is a young, boutique guitar pedal manufacturer in the sunny South of France.
Read More 0
Audient has just released the 4.0.9 update for their SONO guitar based audio interface. What's new?
Read More 0
The new Audient Nero could just be everything you ever wanted from a monitor controller.
Read More 0
Back to Top