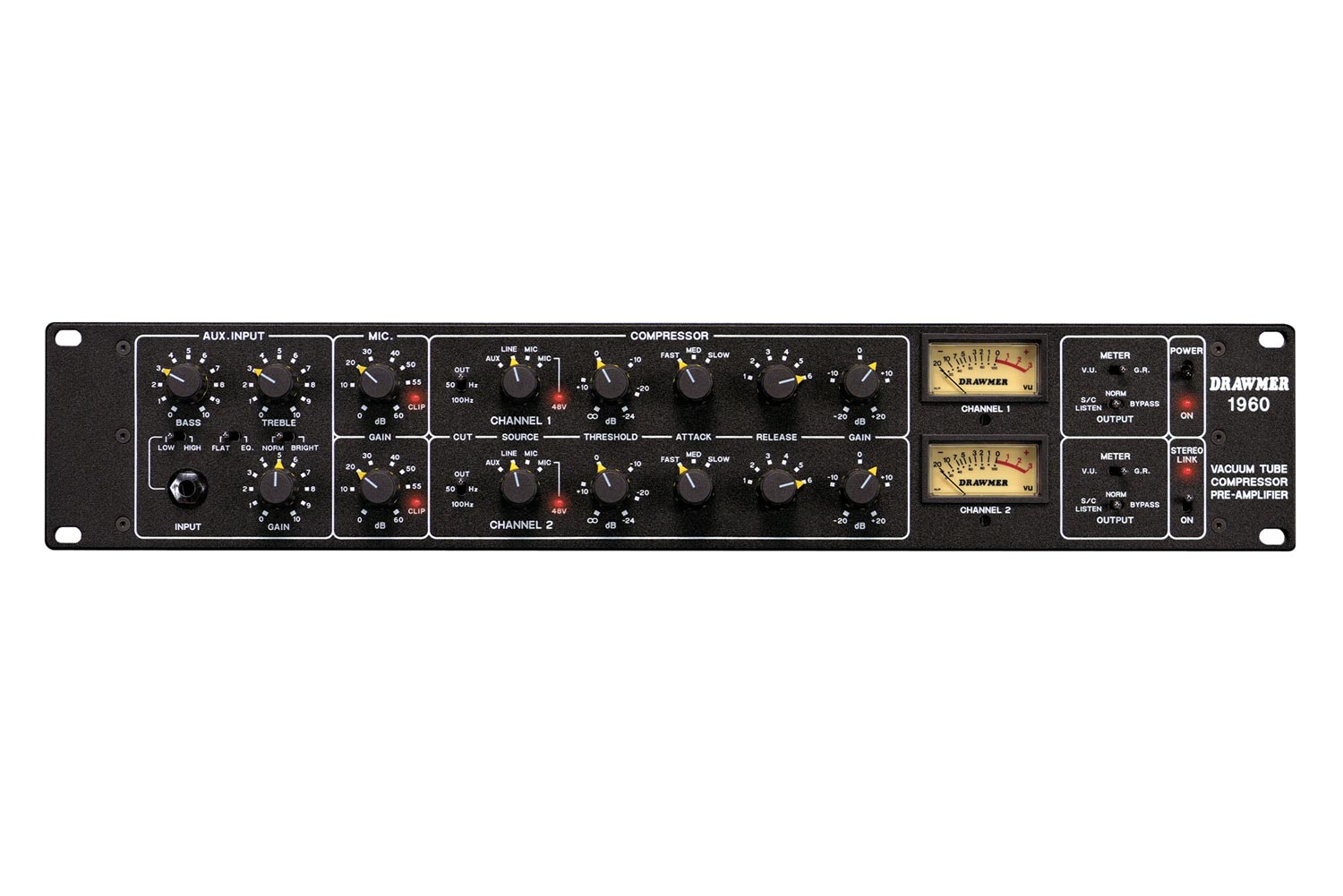 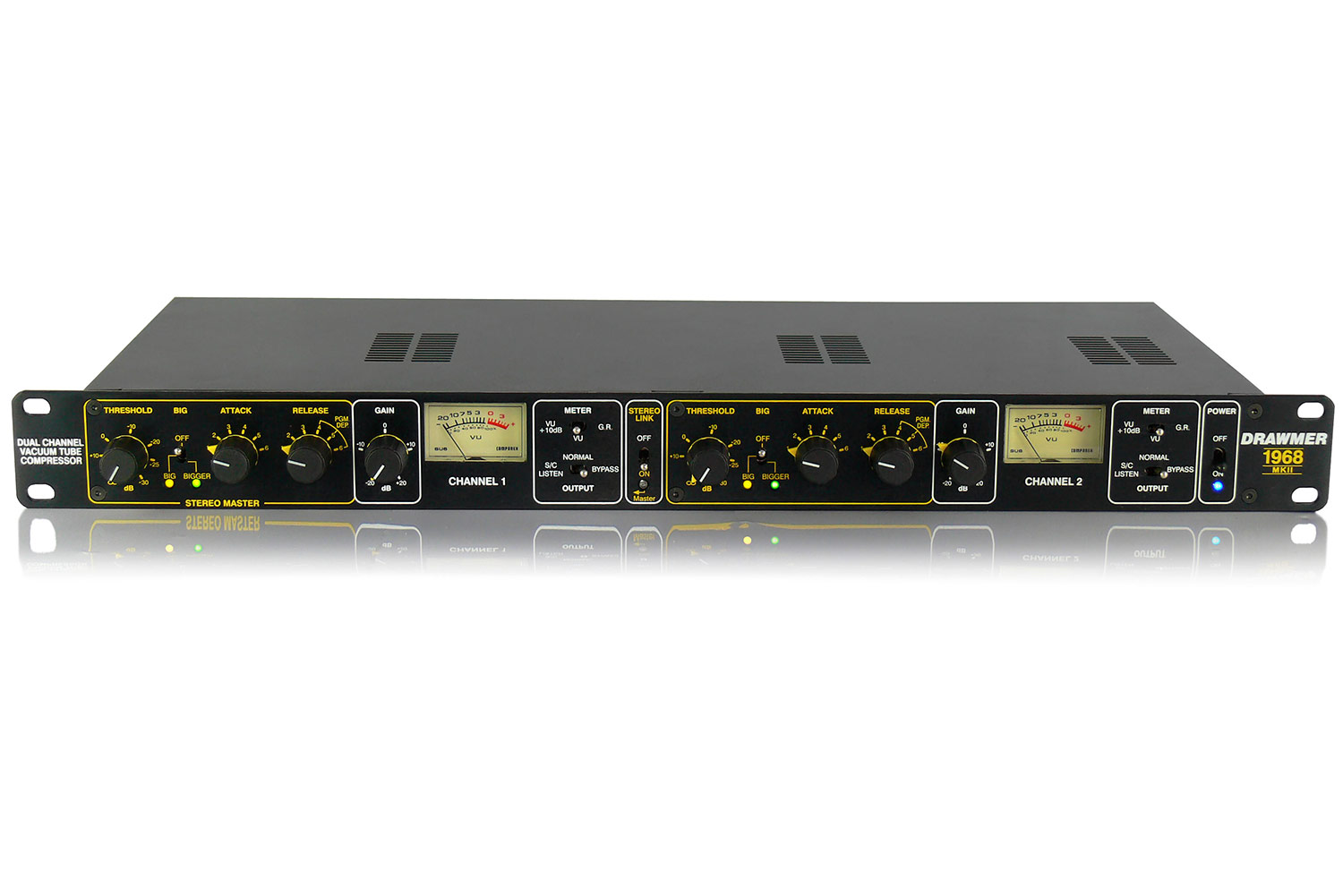 The Drawmer 1961 gives you 2 channels of 4 discrete bands of fully parametric tube EQ plus a pair of high and low pass filters making this unit a very powerful EQ. Each band can be punched in and out independently on each channel. Being tube this unit exhibits plenty of tone and tube character making it a very musical sounding EQ.

A variable input level of -20dB to +20dB ensures compatibility with a wide range of input source material and enables the user to optimize signal level and drive the tubes 'soft' or 'hot' as required. LED bargraph displays give a clear indication of the input signal level.

Two additional tube stages in the output section of each channel allow the user to achieve 'soft clipping' by adjusting the input level control whilst visually monitoring the effect upon the 'Soft' and 'O/L' (Overload) LED's.

In addition to a master bypass switch, each of the parametric/shelving filters has its own separate bypass switch, making the 1961 very straight forward to set up. It allows instant A-B comparison and also enables the tube output stages to be used to add tube coloration without EQ simply by leaving each channel switched to 'In' and each individual EQ sections switched to 'Out'. The master bypass switch for channel bypasses all the filter sections as well as the output stage vacuum tube circuitry.

Levels of -10dBu and +4dBu are selectable using a rear panel switch.

Insert point 1/4" jack connectors on the rear panel enable direct connection to the Side chain or Insert points of the Drawmer 1960 Mic Pre-Amp/ Vacuum Tube Compressor. The 1961 and 1960, when 'interlinked', produce a powerful package for recording signals direct to tape; gain control, EQ & compression can be applied to mic/line level signals without having to go via a mixing console.

The 1961 is provided with balanced inputs and outputs on XLR connections.

The MCB Rack Mounting Kit contains two side panels/ears, a front facia, and also a lead that brings
$230.00
Read more
Back to Top