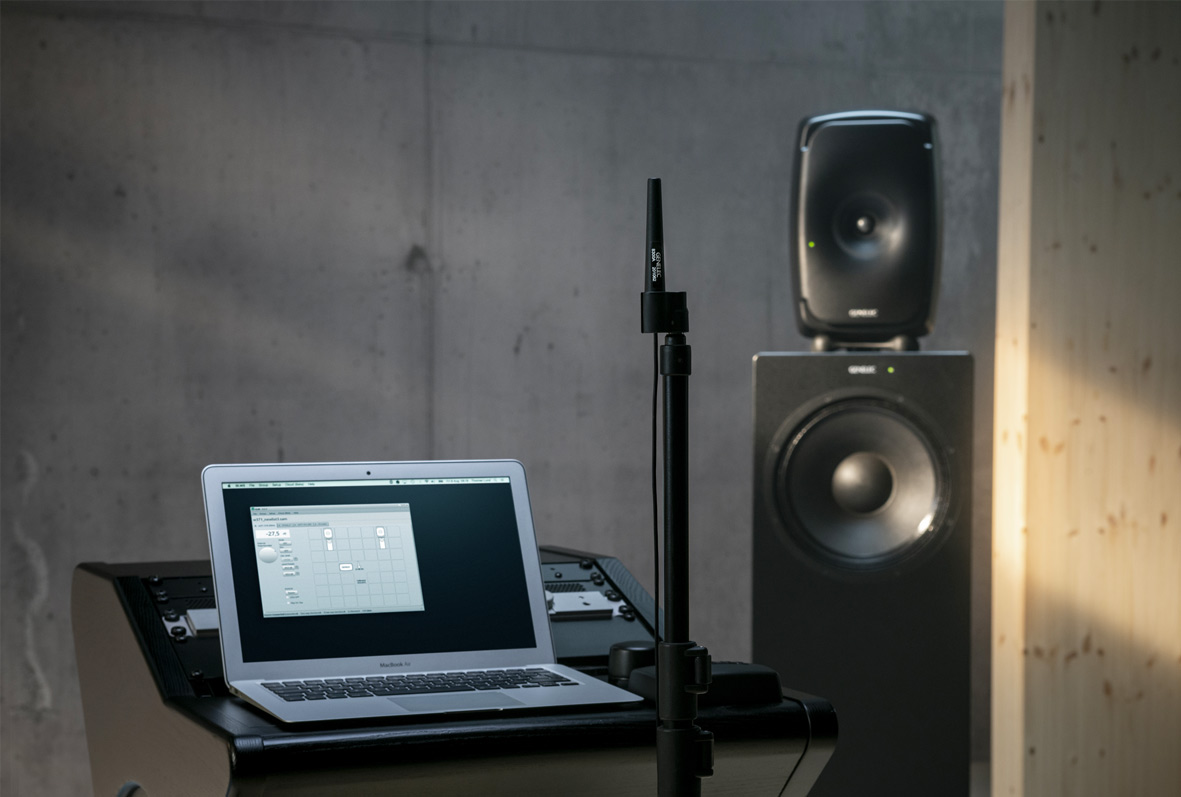 Exciting news last week as our friends, Finnish Studio Monitor manufacturer, Genelec announced the release of 3 new products to their ONES family  – the 8351B, the 8361 and the W371A Adaptive Woofer.

First up let’s have a look at the 8351B. The 8351A was released to much acclaim in 2014. This was the first in a series that has become known as “THE ONES”. The 8351 was a big shift away from typical studio monitor design. They were a 3-way design that hid 2 oval bass drivers behind a solid metal baffle and featured a coaxial midrange that placed the tweeter in the centre of the midrange driver. Upon the release, they were a hit largely due to their off-axis frequency response 3D imagining and extended frequency response.

When teamed up with Genelec’s GLM room correction software they were hard to beat. 3 years after the initial release the 8351’s were joined by the 8341 and 8331 speakers. These followed the same design but had a few extra tweaks that included a class D amp, new mid-range driver and a non-latching power switch. The entire ONES range has been well received but it was only a matter of time before the 8351 received a facelift to bring it in line wityh its smaller siblings.  The newly upgraded 8351B manages to improve on the exemplary performance of its iconic ‘A’ version by offering increased SPL, additional room compensation EQs, equalised delay and enhanced HF response.

The second speaker Genelec announced is the 8361A. The 8361A is the logical progression up from the 8351 and is what Genelec call their new Flagship monitor “offering the most advanced acoustic performance of any studio monitor on the planet”.

The 8361A features dual 10-inch oval bass drivers, three amps (Woofer 500 W + Midrange 150 W + Tweeter 150 W), 30 Hz – 43 kHz frequency response and a short term SPL of 118 dB, enabling it to deliver an exquisite monitoring experience at any listening distance up to 5 metres. If you want a big studio monitor look no further than the 8361A might be your perfect choice.

The last product Genelec announced is the W371A Adaptive Woofer system. What is an Adaptive Subwoofer system you might ask? Genelec has designed the W371 to seamlessly complement the 8341, 8351 and 8361 monitors when used as a system this combination creates a series of full-range monitoring solutions with unrivalled neutrality and supreme levels of control over directivity and the effects of room acoustics.

The W371 is designed to work in conjunction with the ONES range to create a fully integrated “Main Monitor” system for larger rooms. Featuring dual high-performance woofers, one forward-facing and one rear-facing, the W371 introduces a palette of novel ways to custom-tailor system performance carefully to the room over the critical lowest four octaves, offering a flatter, smoother in-room frequency response with more coherent LF imaging. The Genelec GLM software will take into account both the monitor location and listening position to fully optimise the signal processing for the best LF radiation mode.

We estimate all models will be available to order in the third quarter of this year. We are excited about this release and can’t wait to hear them all in action. Stay tuned.